As you enter our offices at Capital Pointe, you will be greeted by our friend "Mo". Mo's story is very unique, and we wish to share it with you... 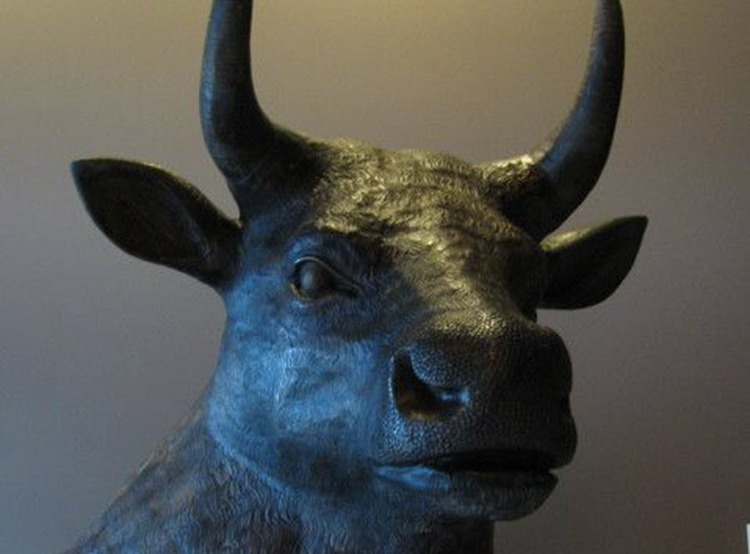 "Mo," although a strange name for a Wall Street Bull, arises from our merchandising trip to Florida in the summer of 2007. Accompanying Byron on the trip were his son Cameron and brother Charlie. "Mo" was commissioned for a financial district in the southeast. He was designed and cast in England and brought to Florida but never made it to his final destination. For two years "Mo" stood outside in the Florida sun outside a gallery. While placing our chandelier order "Mo" caught our attention. After convincing from Cameron and Charlie, Byron made an offer, and "Mo" was delivered to our office complex, Capital Pointe. Upon the insistence from the gallery owner Mo, this Wall Street symbol had to have a good home. Thus the name "Mo".

"Mo" depicts the Wall Street symbol of financial optimism and prosperity. He was crafted and forged from the fires of capitalism on May 25. No one is quite sure how the bull came to symbolize the market, but there are a couple of theories. One states that the bull swings his horns upward when he strikes, as when the market is going up, whereas the bear will swat things in a downward motion, as in a market going down. Another theory proposes that the animals' personalities are behind the symbolism. Bears move with caution, while bulls are bold and charge ahead. So a bearish investor thinks the market will go down, while a bullish investor thinks it is headed up.

"Mo" weighs approximately 1200 lbs. and is made of bronze. He has been specially treated for our lobby at Braun Wealth Management Group.

Important notice: You are leaving the Wells Fargo website